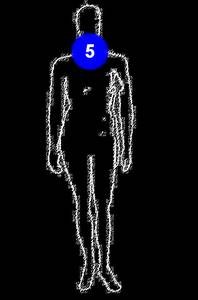 THE FIFTH CHAKRA: VISHUDDA
Legal:
Means "PURIFYING" in Sanskrit. It also appoints the chakra of Georgia, the center of communication.
Location:
It is located in the throat between the Adam's apple and jugular pit.
Dominant color:
Blue.
Element:
Ether.
Its corresponding meaning:
The hearing.
Bodies associated with it:
It controls the muscles of the neck, cervical vertebrae, jaw, tongue, vocal cords, pharynx and larynx, bronchi, esophagus and, of course, the ears .. It affects the thyroid and parathyroid and the production of thyroxine. It also acts directly on the arms and hands.
Principle:
Emotionally, it helps to go beyond the trial to enter the discernment. It is opening the passage to a reality, more subtle. It is the seat of language, the ability of expression, the ability to communicate with others. It is the externalizing of what we feel: feelings, desires, emotions, reasoning, questions ... Communication is not one-way, so this chakra is directly connected to the sense of hearing. He gives us our ability to listen and understand. The chakra of the throat listens to the other chakras and identify weaknesses in physical health problems, emotional problems, sexual, intellectual and spiritual as it is also listening to the chakras of the head, in which located imagination, creativity, intelligence, reasoning, rational thinking, dreams, questions, knowledge, spirit.
Problems associated with this chakra:
Overcollateralisation trends to chat uninterrupted logorrhée. Monomaniaques behavior, lack of listening skills. Will always be right, bad faith. Trends hypochondriac. Excessive movements of the arms, hands and mime theater in conversations even banal. Tendency to passionate debates to excess. Tendency to Mythomane and megalomania. According to the case, it will be balanced by excessive work on the base chakra, the solar plexus, the heart, the third eye or the summit.
Blockages, knots: shyness, bafouillages, stuttering, language difficulties. Nervousness, words that are scrambling, scrappy even incoherent speech, wireless driver. Broken voice, tart or inaudible. Lack of facial expressions, little body movement and hands during a conversation. Lack of insurance, doubt his own persuasive abilities, lack of natural sincerity, a trend repeated lies.
Stones useful for this chakra:
Blue stones that help the chakra of the throat to open up to intuition: aquamarine, dysthène, hémimorphite, labradorite, blue topaz. Some blue-green stones that facilitate the speech, develop intelligence: aquamarine, amazonite, apatite, azurite, chrysocolla, emerald blue, hémimorphite, lapis lazuli, hawk eye, turquoise. Silver stones that bring moderation, power, accuracy of assessment and tone: marcasite,

Send email to your friend